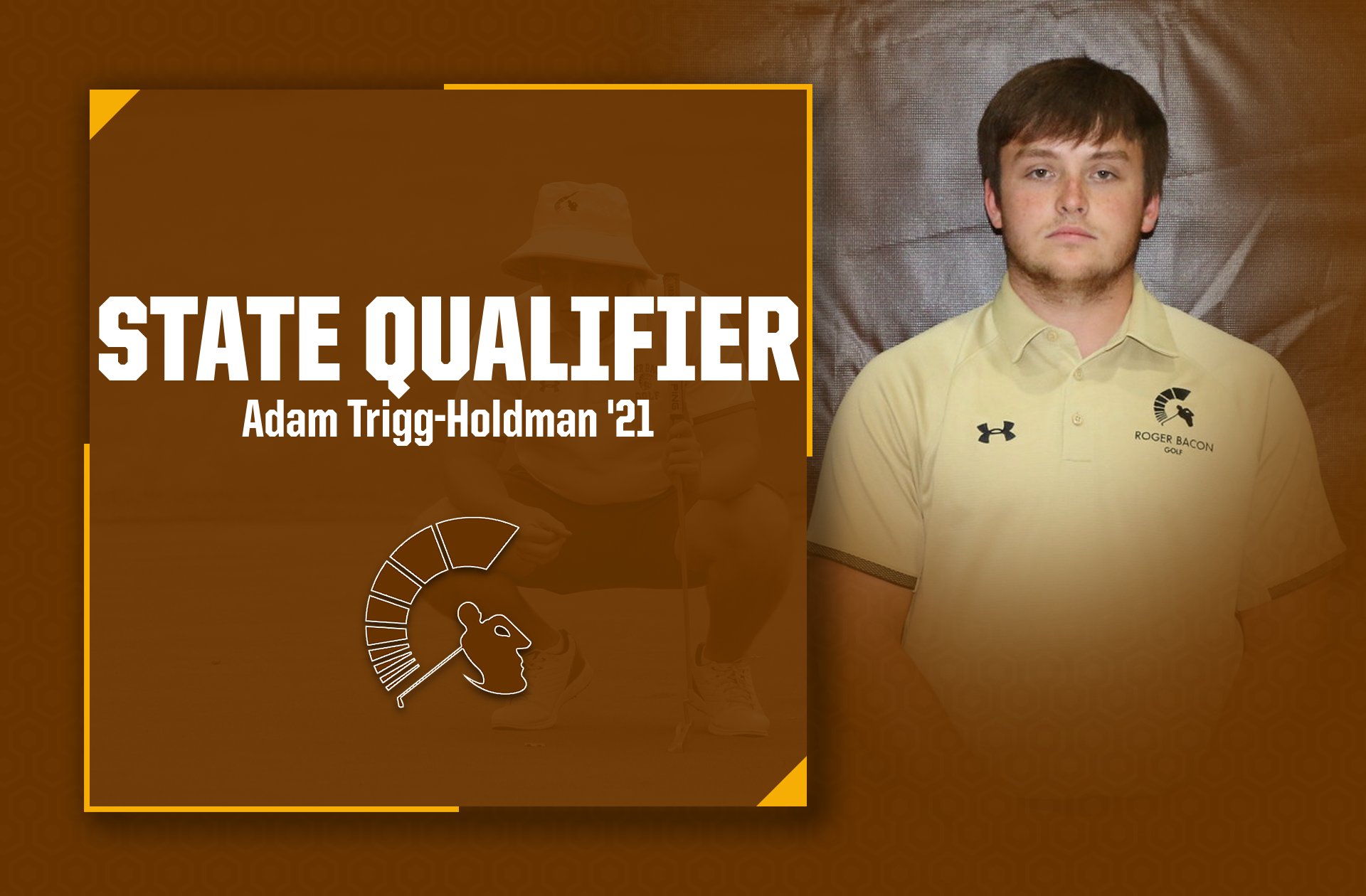 For the first time in 17 years, Roger Bacon will be sending a golfer to the State Tournament.

Adam Trigg-Holdman ’21 shot a season-best 76 at Glenview Golf Course which tied him for the third best score on the day. That 76 didn’t cut it fully though as it forced yet another playoff hole for Adam. But, just like the District Tournament playoff hole, Adam locked in and defeated his opponent to advance to the State Tournament! He shot a par on the playoff hole while his opponent from Waynesville bogeyed the hole.

Coach Rosenfeldt was overwhelmed with joy once Adam’s state ticket was punched as he stated, “what an honor it has been to coach Adam for the past couple of years, and to watch his progress and talent. Seeing his growth as a player, his course management, his intelligence, and his ability to control his emotions has something special this season. All in all, it has been the greatest season of Roger Bacon Golf in at least 20 years, and we look forward to Adam finishing it at State next week. What a great ride!”

Adam moves on to a two-day, 36-hole State Championship Weekend at the Ohio State University Scarlet Course in Columbus next Friday and Saturday, and will compete against the best golfers in Ohio in hopes of bringing home a championship to Roger Bacon.

Adam becomes the first golfer since Andrew Zeller ’05 qualified for state in 2003.