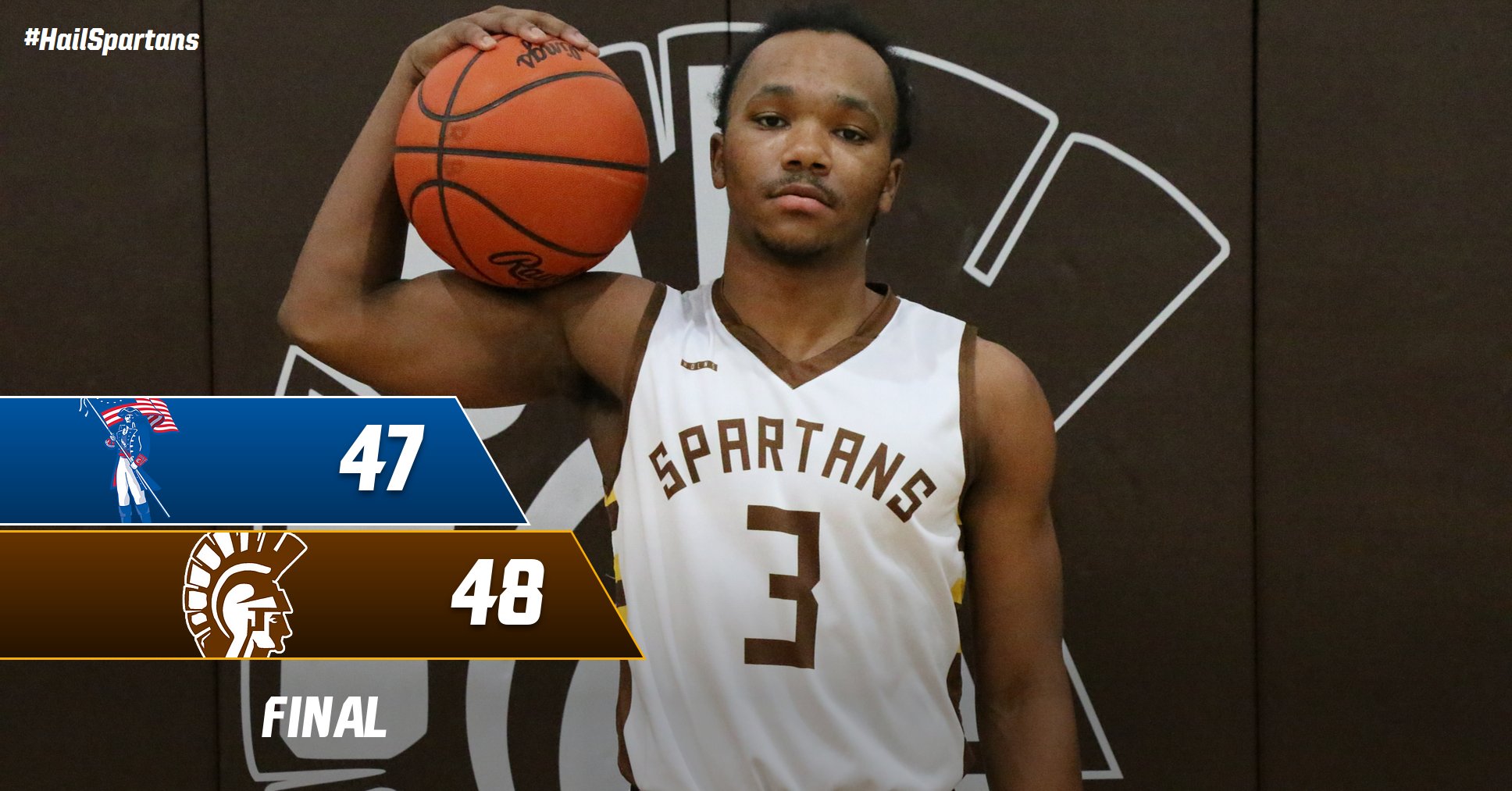 The last home game of the season couldn’t have ended any better as the Spartans defeated Carroll in a nail biter that was decided on the final shot of the game.

Game was close the entire way as the first half ended in a 27-27 tie. Spartans were able to go up by two points heading into the final frame but Carroll knocked down some big threes late in the game to take the lead. Fortunately for the Spartans, the biggest three of the night came from Marjoni Tate, Jr. ’21.

Spartans found themselves down by 2 points with about 6 seconds left and Carroll at the FT line. Patriots missed the FT and Jacob Goyette ’22 secured the rebound, dribbled towards half court and found Marjoni Tate on a cross court pass. Marjoni dribbled up and pulled up two feet behind the 3P line with two defenders in his face and sank the shot at the buzzer. (See video below):