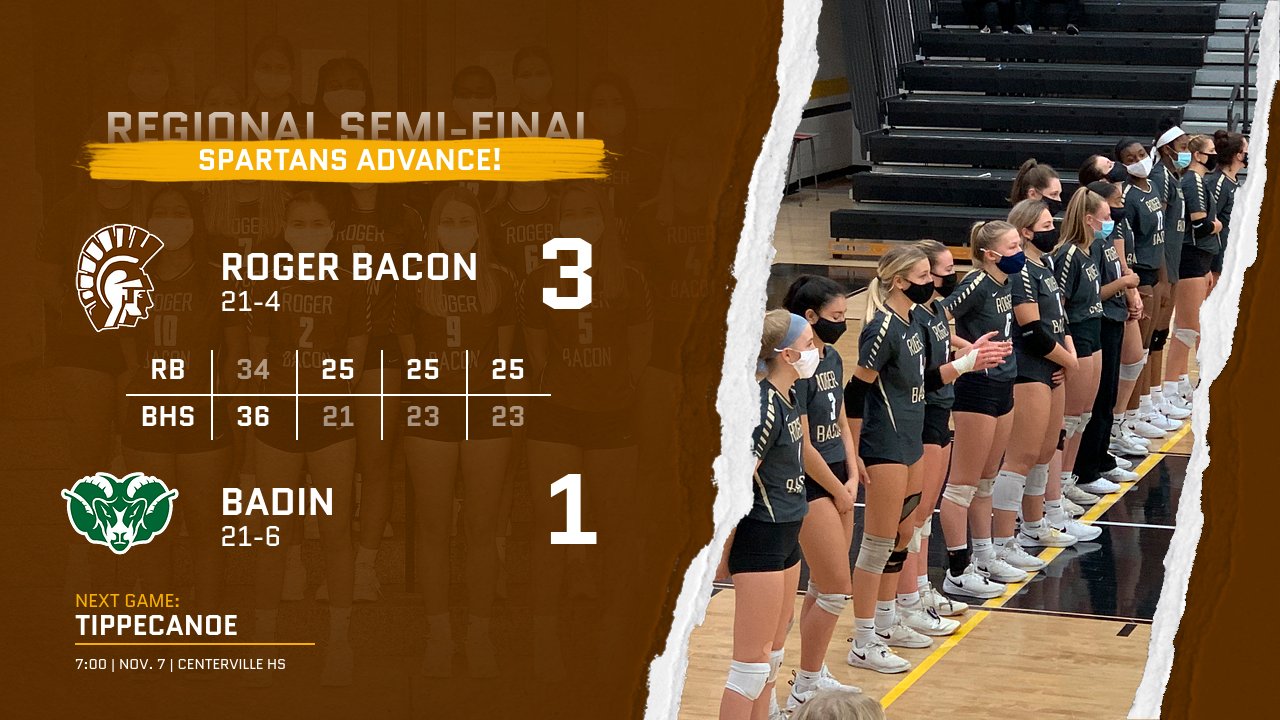 Your Roger Bacon Spartan volleyball team took on Badin for the third time this season on Thursday night for a shot at a regional final matchup vs Tippacanoe.

Spartans came out firing right away as they gained a sizable lead in the opening set before Badin stormed back to force extra points. A back and forth battle went in favor of the Rams in a 70 points opening set (34-36).

But, the Spartans remained calm and set the tone during the second set which led to three straight set wins to send RB to the Elite 8!

Kelsey Niesen ’24 continues her phenomenal freshmen season with a 20-kill performance on a .327 hitting %. Cammy Niesen ’22 and Grace Wilking ’21 combined for 55 digs on the night. Meredith Gullette ’21 and Abbie Schneider ’21 tallied 15 kills together while Molly Hamilton ’21 had a great game with 27 assists. Sammi Hoffman ’22 had some HUGE ‘dump’ kills in pivotal points of the final three sets which helped give RB some momentum to close things out!

Spartans will now face the Red Devils on Saturday night at 7pm in the Regional Final and look to punch their ticket to STATE!