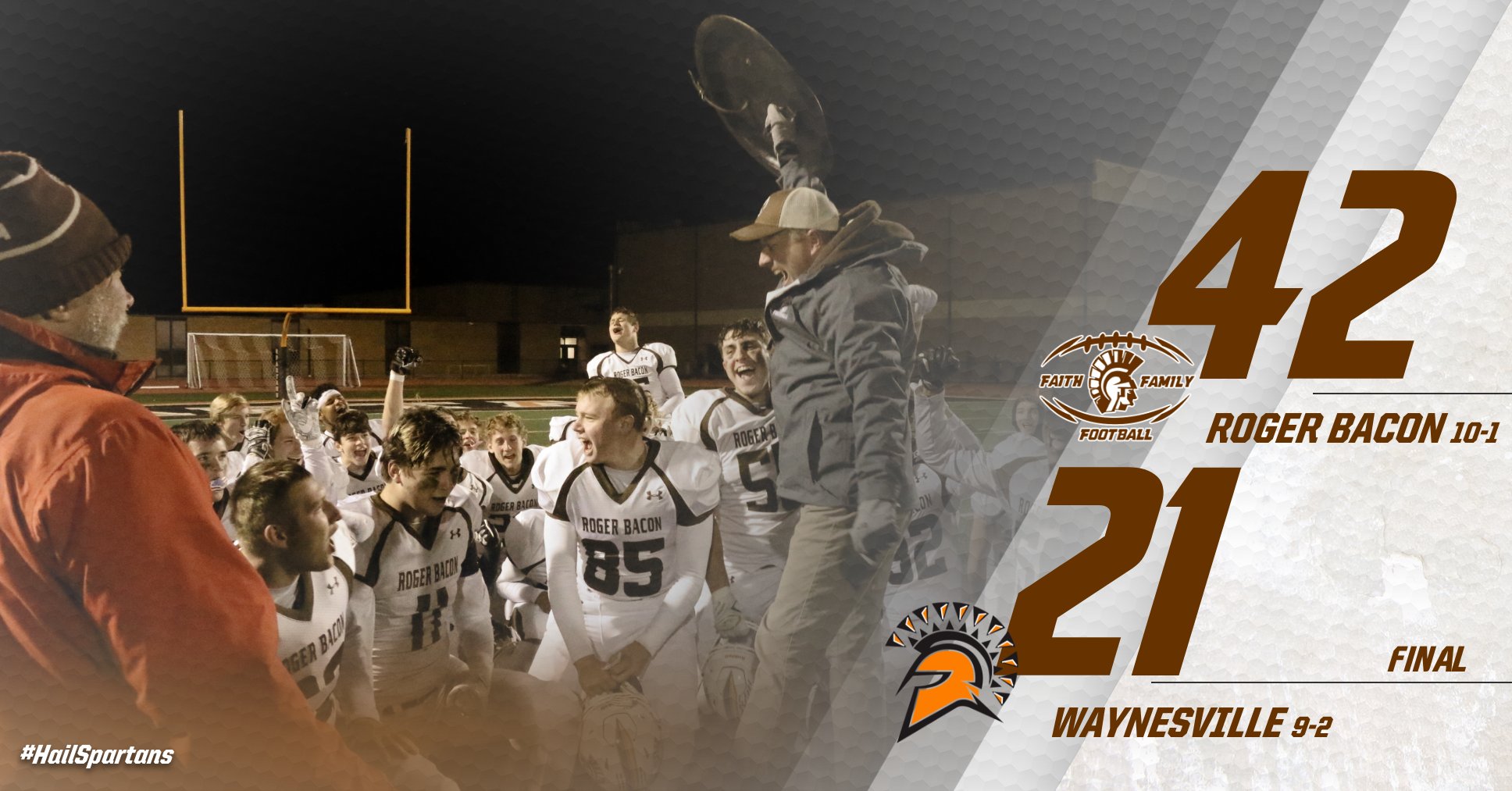 The Spartans defeated Waynesville on Friday night 42-21 in the opening round of the 2019 state playoffs. This is the program’s first playoff win since 2010! Spartans advance to the regional semi final and will play the Valley View Spartans on Saturday, November 16th at a site TBD.

The first half was a close one but RB came out firing the second half. All starting with a fumble recovery on the kickoff to start the 3rd quarter. That turnover led to a 20 yard TD run by Corey Kiner ’21 to give RB a lead they would not give up. After a couple more defensive stops, Kiner found the end zone twice more in the 3rd quarter to put the game out of reach. Ryan Hallau ’21 had a great game and had three big receptions for 42 yards.

The Spartan defense came to play as they held Waynesville to an average of 3.8 yards per play. Leading the way was Nijal Mooney ’21 who recorded 12 tackles and 1 TFL. Ryan Blaut ’20 and Evan Webb ’21 each had 9 tackles a piece. Chris Shipley ’21 had a monster game as he recorded 7 tackles, 2 TFL, 1 fumble recovery and 1 sack. Dimitrius Ward ’20 had 9 tackles and 1 sack. Ronnell Lackey ’20 recorded his 4th interception of the season as well!

Corey Kiner ’21 led the way offensively as he ran the ball 21 times for 290 yards and 6 TD’s. This performance put him over 2,000 rushing yards on the season which has never been done before in RB history. He also entered into the state football record book in; points scored in one season (270), career rushing TD’s (80) and career total TD’s (87).