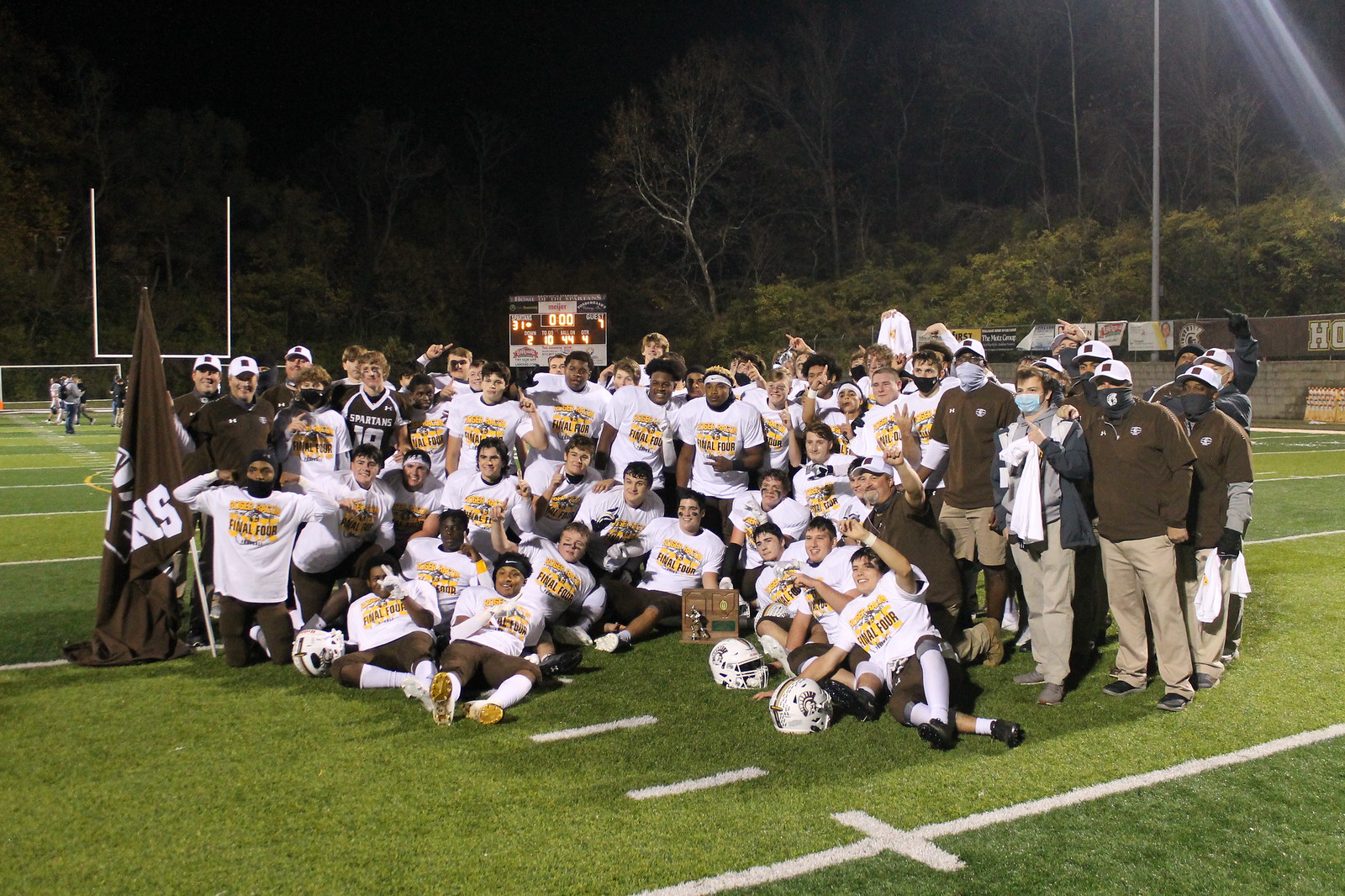 For the first time in school history, Roger Bacon Football will heading to the State Final Four after winning their first ever regional championship on Saturday night with a 31-7 W over Springfield Shawnee.

The first quarter was a defensive battle between both teams as neither offense could seem to get anything going.

The second quarter was another story. The Spartans started clicking and scored 21 points heading into halftime. Beamer Walker ’23 had a huge 4th down tackle to force a turnover on downs then Corey Kiner ’21 got things going with a big 39 yard run that set himself up for a 3 yard TD run. Evan Webb ’21 had back to back punts that placed the Braves on their own 1 yard line which helped give RB great field position that they took advantage of after numerous defensive stops. Alex Wolf ’21 came up with a huge PD which led to another 3 yard TD run by Kiner. Wolf then recorded his 5th INT of the season which gave RB the ball back with nearly 40 seconds left in the half. Instead of taking a knee to run the clock to the half, Logan Huber ’22 took a shot and found Danny Hudepohl ’21 on a 65 yard pass which gave RB the 21-0 lead at halftime.

The Spartan defense did not let up as they shut out Shawnee during the third quarter as well. Hudepohl forced a big fumble and Nijal Mooney ’21 recovered it which lead to a 16 yard pass from Huber to Kyle Guyer ’22 to give RB a commanding 28-0 lead. Ryan Hallau ’21 came up with a huge fumble recovery that led to a Dylan Rolfert ’22 FG from 30 yards out to put RB up 31-0. Shawnee added a late TD to put the final score at 31-7.

Spartans will take on Ironton HS on November 14th at 7pm. The game will be played at London High School. Ticket/streaming information will be released as soon as possible.