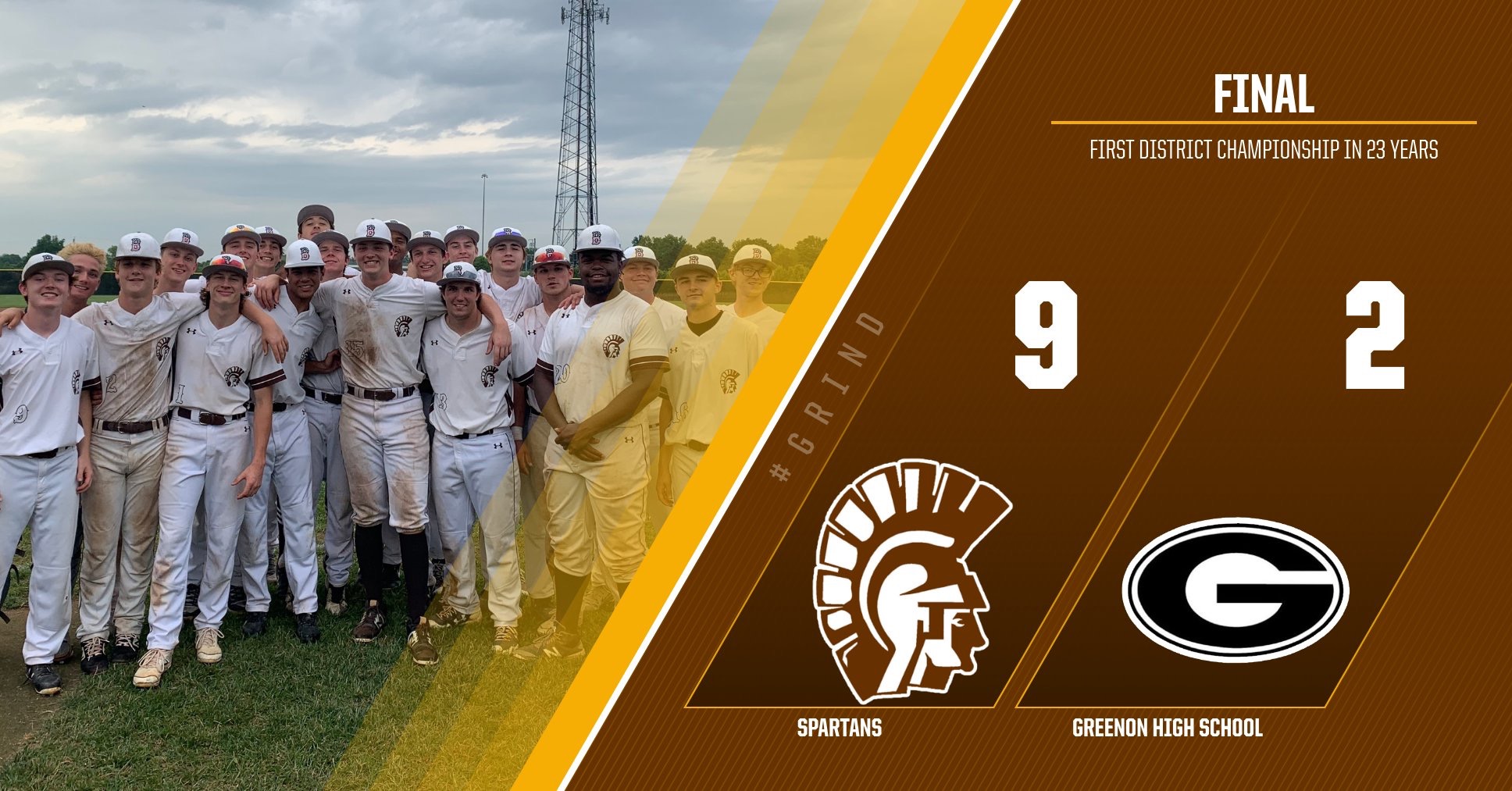 Spartans defeated the Greenon Knights 9-2 to clinch their first district championship since 1996! Evan Webb was solid on the mound as he gave up 0 runs in 5 innings pitched. Chris Hoffmann came in late to close the game out. Offensively, the Spartans gathered 7 hits from 7 different players. Spartans were solid on defense all evening, led by senior SS Jake Speed who had 8 assists in the game.

Spartans advance to the Regional Semi-Final vs Cincinnati Country Day. Game will be played on Thursday, 5/30 at 2:00pm. Tickets will be $7