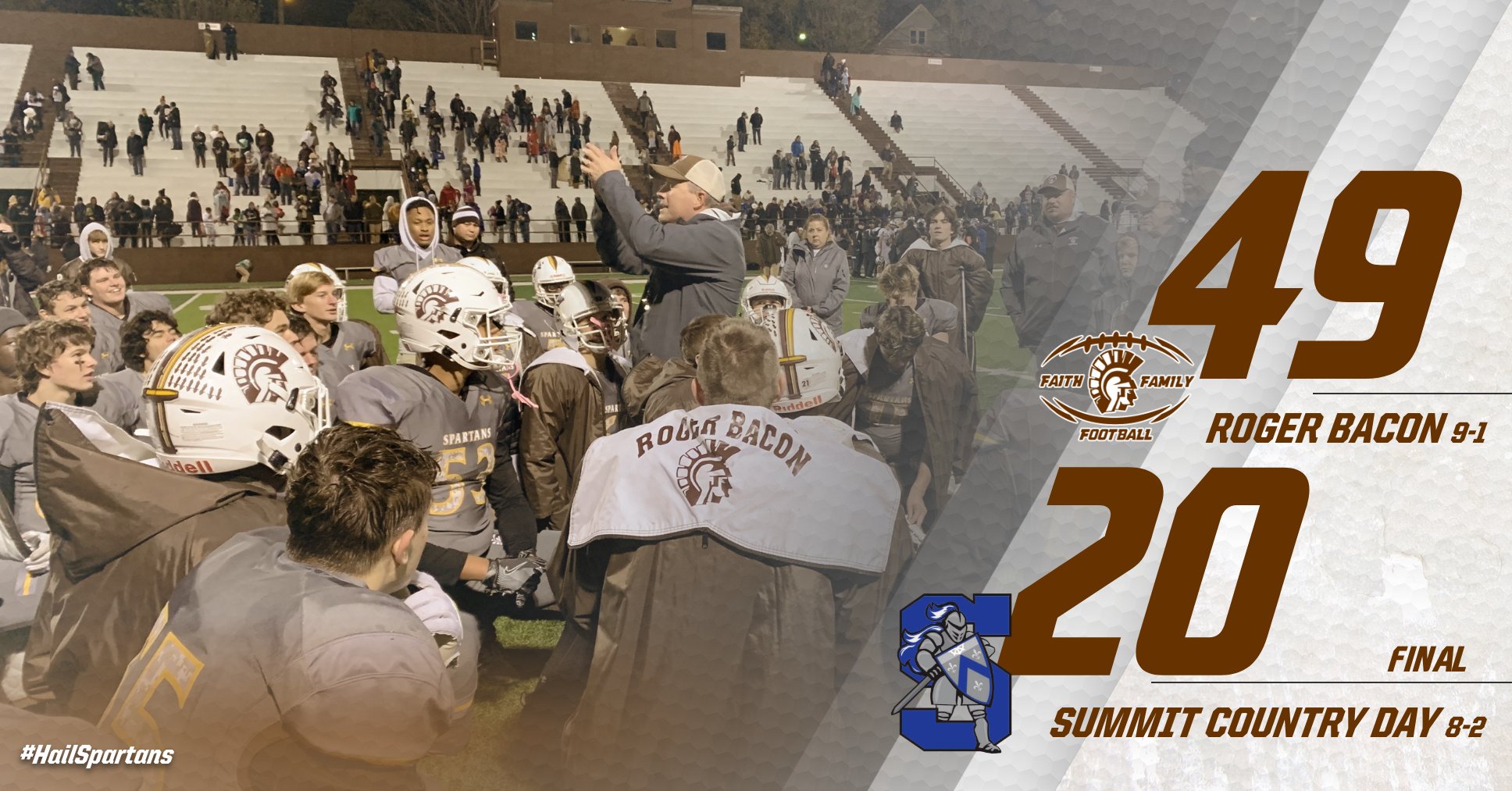 The Spartans took down the Silver Knights on Friday night and clinched their firs playoff berth since 2010. Defeating Summit also crowns them league champions for the first time since 2005 as they won the MVC Scarlet division by going a perfect 4-0 in conference play.

Before the game we honored our 15 senior football student-athletes and what could potentially be there last home ended up being one for the history books!

Corey Kiner ’21 scored his first TD of the night in the first quarter after a spectacular one-handed 33 yard reception from Ryan Hallau ’21. After a slow first quarter start, the Spartans turned on the gas in the second quarter. Evan Webb ’21 found the end zone to give the Spartans the lead and they never looked back. Shortly after, Corey Kiner ’21 scored his second TD of the game then as the first half clock ran out Kiner ’21 found the end zone again on an 80 yard TD run. This was the game changing play as the Spartans also received the ball starting in the second half.

Corey Kiner ’21 started the second half just as he ended the first as he ran an 80 yard TD on the first play in the second half. Minutes later, Tyler Bullock ’20 scored his fifth rushing TD on the season on a QB keeper. Kiner ’21 finished off the scoring for the Spartans with a 51 yard TD run. He finished the game with 15 carries for 312 yards and 5 TD’s.

Defensively, the Spartans came out ready to play. Summit averages over 500 yards per game offensively and RB held them to 226 total yards on Friday night! Leading the way defensively was James Thompson Jr. ’20 who recorded 5 tackles and 1.5 TFL. Ryan Blaut ’20 led the secondary with 5.5 tackles and 1 TFL. Evan Webb ’21 filled the stat sheet with 5 tackles, 1 TFL, 1 Hurry and 1 forced fumble. Ronnell Lackey ’20 also snatched his 3rd interception of the season (5th of his career).

Spartans finish their regular season 9-1 which has not been done since 1965. Right now, they are projected to get the 6th seed in the regional bracket but will not officially know until Sunday around 2pm.

Playoff t-shirts will be available hopefully by Tuesday for purchase!