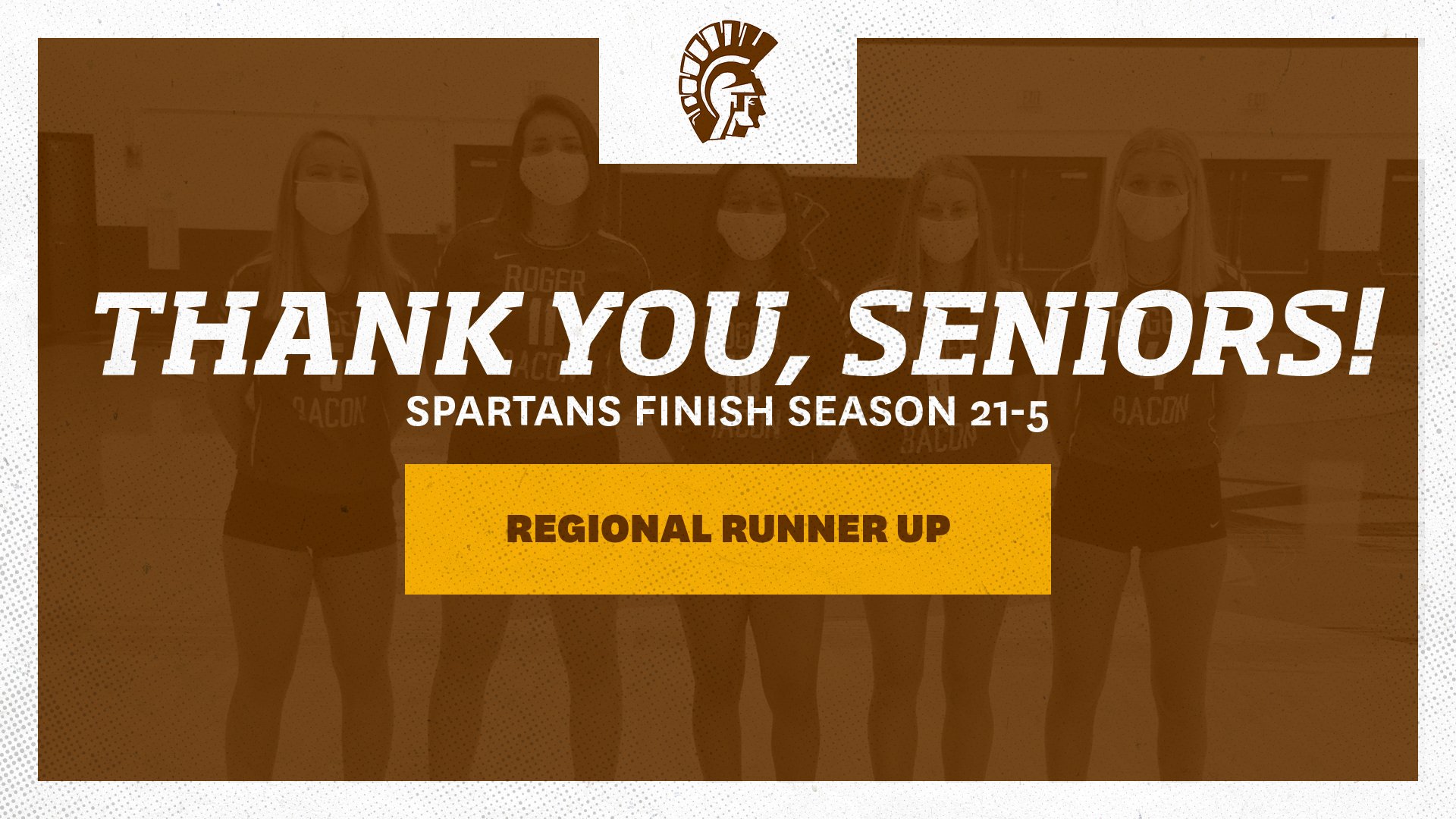 Spartans lost a heart breaker on Saturday night vs Tippacanoe in a regional final matchup.

Spartans came out hot and took set #1. Tippacanoe was able to bounce back and take the next two sets. RB was then dominant in the fourth set and forced a final fifth set. The final set was back and forth the whole way as both teams made huge runs but unfortunately the Spartans came up just short.

Head Coach, Alyssa Flading, could not be more proud of this team as she states, “this team also took on new roles, new relationships and new perspectives about the game and by the end of the season were as solid of a group as any I have coached in my 9 years. If you had the opportunity to see the work they put in the gym day in and out you could see why they were able to accomplish all of this. I’m so lucky to have had the opportunity to work with these young ladies this season, especially our seniors – they will truly be missed! I am excited as ever for the future of Roger Bacon Volleyball!”