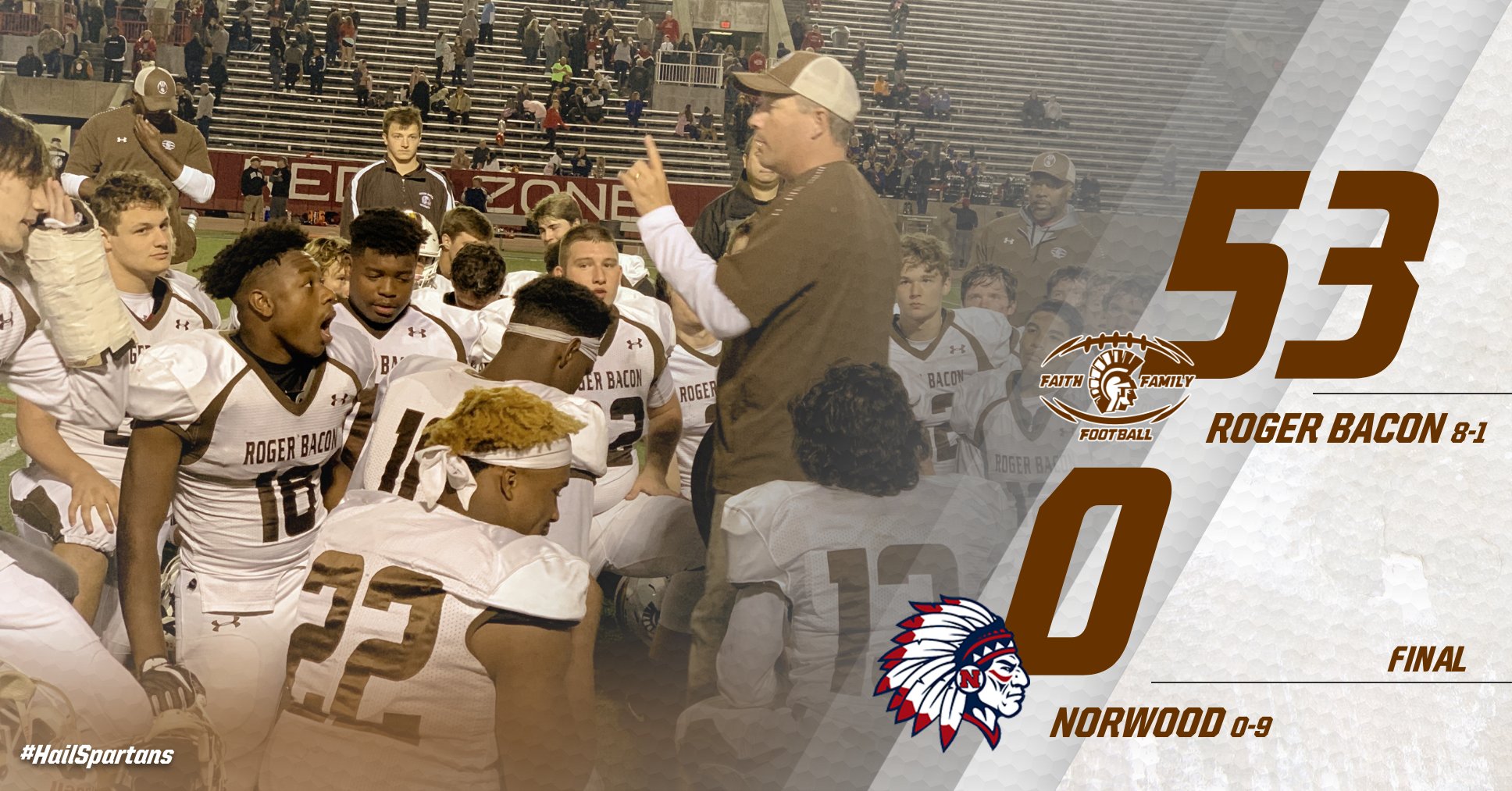 Spartans traveled to Norwood on Friday night for an MVC match-up vs the Indians. Spartans took care of business right from the start as they scored 32 points in the first quarter. Corey Kiner ’21 carried the ball eight times for 210 yards and found the end zone 5 times. Corey now holds the single season rushing touchdown record with 28. Tyler Bullock ’20 ran for a touchdown while also finding Ronnell Lackey ’20 on 13 yard TD pass. Tyler surpassed 3,000 career passing yards which has only been done by one other Spartan (Jeff Stofa ’89). Finishing off the scoring for the Spartans was Nolan Wall ’22 who took an interception back 80 yards to the house. Kyle Dalid ’20 led the team with 55 receiving yards and Taylor Shearer ’20 racked up 52 rushing yards in his first game back from being injured!

Defensively, the Spartans controlled the entire game. They pitched their second shut-out of the season and are holding opponents under an average of 12 points per game. Eric Johnson ’22 (Defensive Player of the Game), Jake Mumper ’20, Ronnell Lackey ’20 and Nolan Wall ’22 all recorded interceptions. Tyler Sunderman ’21 forced a fumble and it was recovered by Patrick Mulcahey ’20.

Spartans are in the playoff picture and control their own destiny. Summit Country Day comes to the Bron this Friday as the Spartans look to win their first league championship since 2005. We will honor our senior football, tennis, cross country, golf and band members before the game begins. Ceremony will start at approximately 6:40pm.