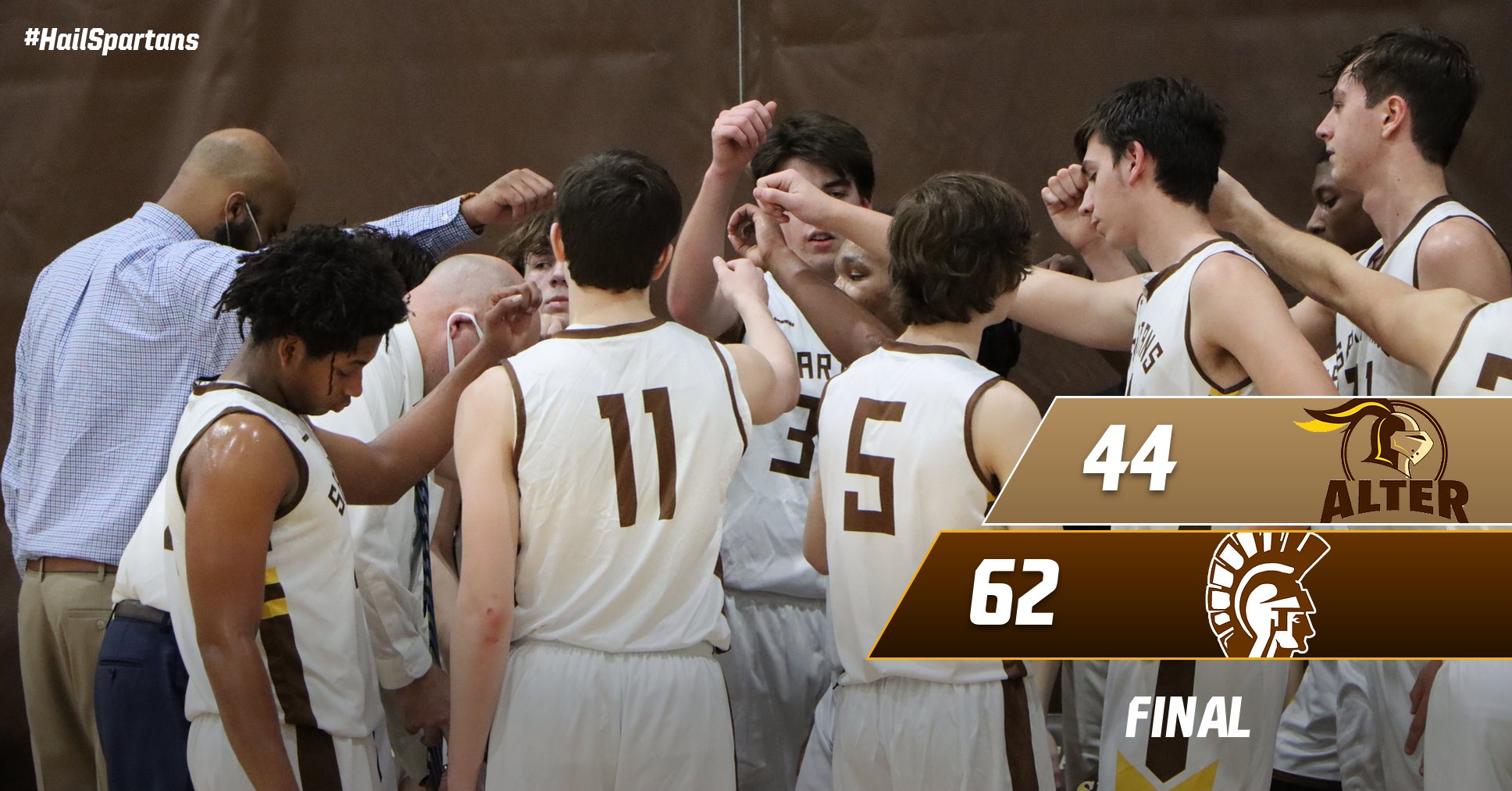 Spartans are off to their best start since 2017 after a dominate win over the Knights on Saturday night.

RB came out hot outscoring Alter 18-4 in the first quarter and knocked down 4 three pointers. Alter was able to put together a nice second quarter to bring it close heading into halftime but the Spartans controlled the second half and closed out the game. Very balanced scoring tonight as every single Spartan scored. RB was led by Marjoni Tate ’21 who had 14 points. Right behind him was Kendall Mcwhorter ’21 with 12 points. Rounding out the Spartans was; Carson Block ’21 (8 points), Ty Brenner (9 points – 3 three pointers in the third quarter), and Rajere Blanks ’22 (8 points). Mason Cromer ’21 had multiple blocks on the night and a momentum shifting dunk in the second half.

Spartans knocked down 10 three pointers on the night and move to 6-1 this season and 4-0 in the GCL Coed (1st place). Spartans will get a nice break before another weekend double header as they host CCD on Friday an travel to Lasalle on Saturday.

Bracketed Tournament
9:00 am
View All Events